The Life of Trees   (Or:  Still Another Phylogeny Program)

The main output of the SNPTree tool is a PNG image file containing the haplotree branches as specified by the input.  For example, the following picture would be produced (using the internal database as of this writing) by entering A8: 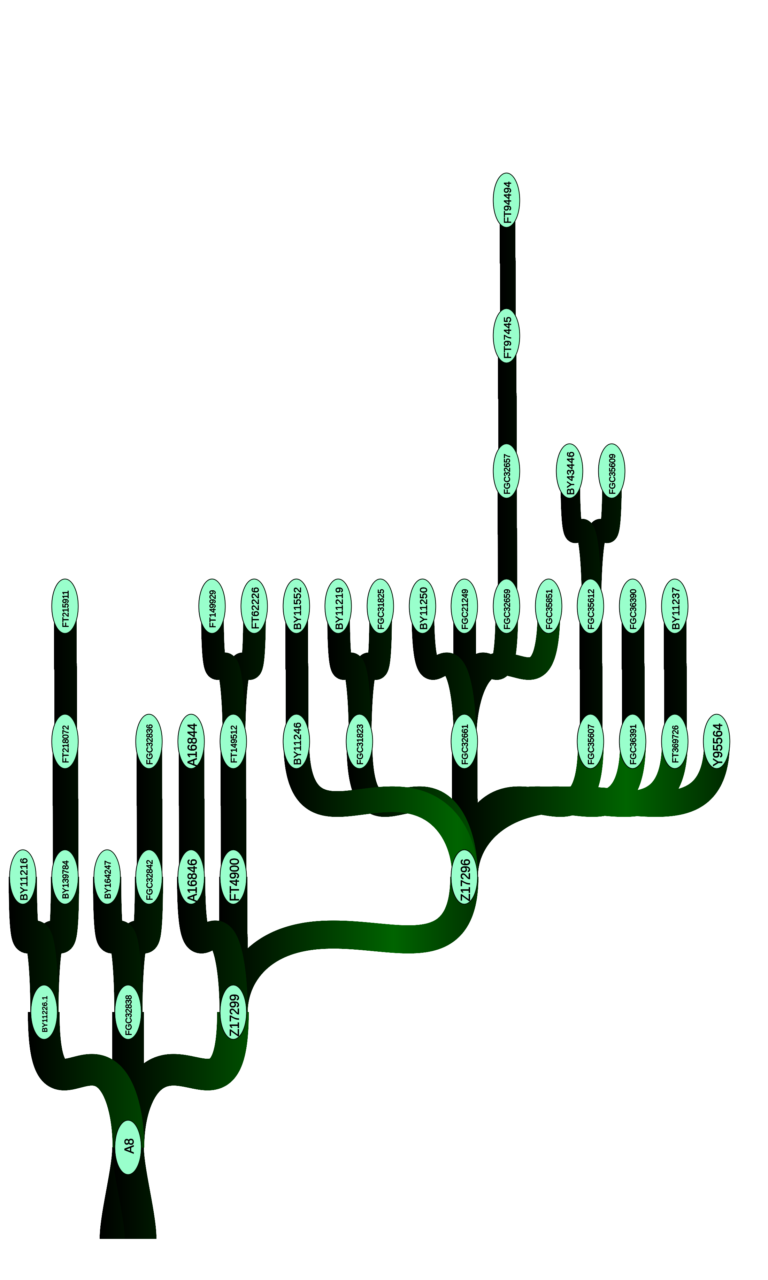 The output tree is drawn from the oldest “root” SNP at the bottom, growing up the page as it approaches present day, in the same manner than a real tree would grow from its roots up to the more recent branches.  It is often normal however for users to rotate the pictures 90 degrees clockwise so that the haplotree can be read from left (oldest) to right (youngest).

This output tree is NOT drawn to a timeline, mainly because not all SNPs have a reliable age estimate.  The length of various branches is related solely to the number of SNP nodes that are on those particular branches.

Equivalent SNPs are not shown in the tree picture, the SNP node “names” correspond to the SNPs chosen as labels/names for the various equivalent blocks that are shown in more detail in other versions of the haplotree.

This internal haplotree for use by the SAPP tool is roughly equivalent to the Family Tree DNA haplotree since that is currently the most extensive haplotree available.  However this internal haplotree is driven by user needs and is NOT intended to mirror any other haplotrees exactly.  Users often request the addition of private branches or other variations which their analysis has led them to conclude are more exact, and commercial companies also update their own haplotrees regularly which may not be reflected here.

Several other output formats (Newick and others) are also optional as described on the Inputs page.